In 1580 we sailed our little ship around the coast
Of Africa down the Gaza strip.
We took some salty bacon and a hammock for a bed.
Then we mixed it with the Spaniards in the middle of the Med.

Припев:
Well we hired our funds
Saw the pretty girls a comin'.
There wasn't quite as many as there was a while ago
We hired some more and then we started runnin'
AII down the Mississippi to the Gulf of Mexico.

Well Francis Drake said if you really want a fight
The best thing is to catch them in the middle of the night.
We hoisted anchor and powdered up the gun
Then we sailed around in circles and just waited for the fun.

Well cannon balls flew and the ship began to sink
the water started risin' so we really had to think.
And then by chance stood a man as black as coal
So we grabbed him by the trousers and we plugged him in the hole 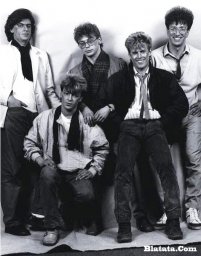